Strangers 15: The Return of Gun Gallon 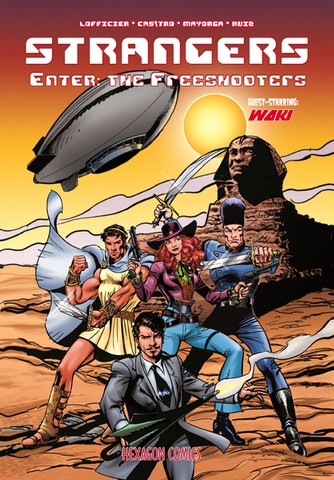 In this fifteenth volume of Strangers, our heroes are faced with a mysterious power from a parellel dimension known only as the Pentacle. The battle now takes them to  the Mosaic-Earth of the Freeshooters, and then to Orios, the world of Gun Gallon...