Strangers 16: The Shadow of Wampus 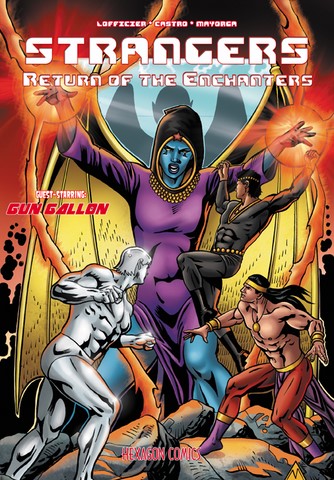 In this sixteenth volume of Strangers, the heroes are faced with a mysterious power from a parellel dimension known only as the Pentacle. Meanwhile Sibilla faces Wampus in Venice and Futura is forced to travel to the future post-cataclysmic earth of Waki...