Strangers 7: The Return of Homicron 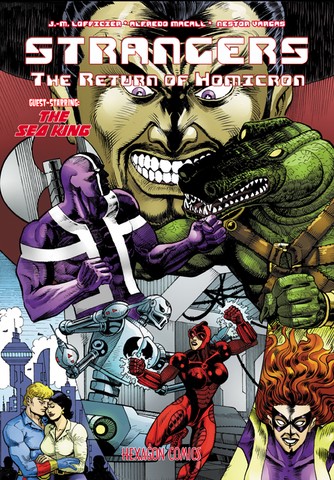 In this seventh volume of Strangers, the quest for Kera, the ancient weapon of the Twilight People, continues... Special guest-star: The Sea King -- and introducing Miss Meteor!