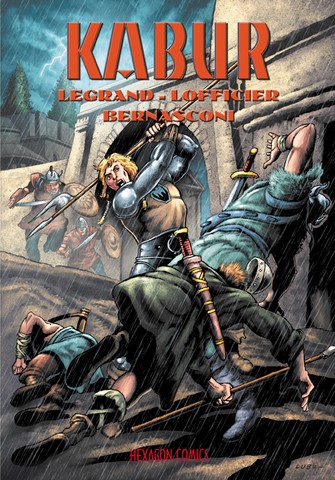 In the Kingdom of Thule, on the lost continent of Hyperborea, Prince Kabur, victom of a scheming wizard, is exiled, condemned to wander the Earth. As he attempts to clear his name, he is called to assume the mantle of his ancestor, the god Lug...
Created by noted French SF writer Claude J. Legrand and famous Italian artist Luciano Bernasconi, the saga of Kabur began in 1975 and continues to this day. Foreword by Roy Thomas.
Source Material: Kasbur #1-10; La Jeunesse de Kabur (back-up, one shot)