Strangers 8: The Invasion of Atlantis 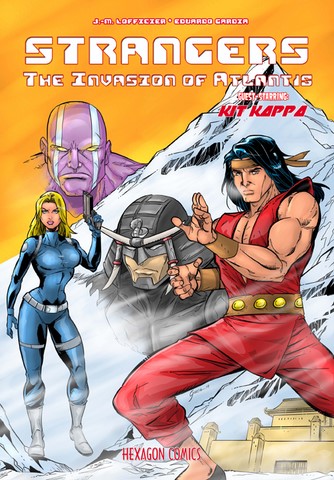 Can SAINT-GERMAIN fulfill the mission entrusted to him by TANKA and safeguard the last component of the KERA WEAPON from the diabolical MALEFICUS and his master, the sinister KRUGE, almighty Lord of Twilight?

Ultimately, it is not in the PRESENT, but in the PAST, in ATLANTIS herself, that TANKA and his STRANGERS will have to thwart KRUGE and his scheme to rewrite the course of history...

The conclusion of the STRANGERS’ epic cosmic quest approaches in this frantic mix of martial arts and science fiction, full of action and twists through space and time, remarkably orchestrated by writer Jean-Marc Lofficier and artist Eduardo García.