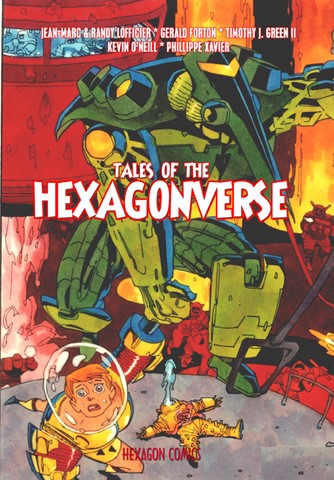 Hexagon Comics isn’t merely Wampus, Zembla, Phenix, and the Strangers. For well over sixty years, they published a number of anthology comics in the tradition of DC’s Mystery in Space, Strange Adventures, etc., with colorful titles such as Yuma, Nevada, Mustang, Rodeo...

In addition to the regular hero-driven series, these books also contained many one-shots: war stories, western adventures, supernatural tales, etc. A few of the characters who first appeared in these eventually returned, but most never went beyond these initial appearances.

In this book, we have translated and reprinted five of these one-shots, published between 2000 and 2003. Only two have ever been published in the U.S. before and, as they were all drawn by remarkable artists, we felt that they deserved greater exposure.