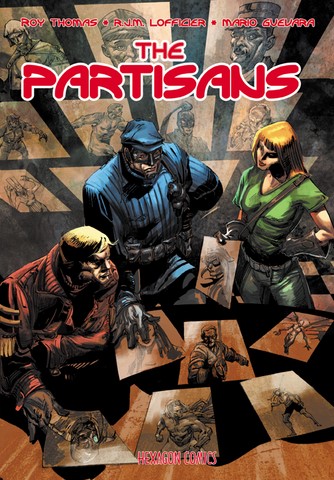 
JUNE 1944. The day before the Allied landing. A group of super-powered Nazis threatens the success of Operation Overlord: Stahlmann, Vampyr, Scarlet Lips and other, even more terrifying creatures can stop the progress of the Allied troops on the beaches of Normandy...

But Churchill and De Gaulle have anticipated the danger! They dispatch a team of fearless heroes led by Captain Rick Ross, a.k.a. Baroud, the Archer Princess Sadko, the French Guardian of the Republic and Marianne, the famous Black Lys, the legendary Metal Man and the young American Ricky Rox... The fate of Europe is now in the hands of THE PARTISANS!